The fantastic Strictly Tea Dance is back on Wednesday 28th March in partnership with Woking Borough Council! Join us for an Easter themed afternoon of tea, cake and of course, dancing!

With professional dance practitioners leading all the favourites from the Waltz to the Charleston, we will lead you around the dance floor! We have a full afternoon of dance demonstrations and workshops planned and if you prefer to have a sit down, we have two sessions of Seated Dance.

Strictly Tea Dance is a great social event to meet others from the local area, have fun and get moving! Suitable for all ages and abilities, all you need to take part is a passion for dance!

No partner required – whether you come alone or come with your friends, our professional dancers will take the lead and show you the steps!

Wow! Woking SLAM, our platform for urban dance styles, went off with a bang on Saturday 24th March at Rhoda McGaw Theatre!

Not only did we have fantastic performances, we had a sell-out audience who supported our groups and really got involved!

We were incredibly lucky to have the talented BDblaq Dance perform SENSE for the second time this week as our guest group! Another amazing performance from them, and incredibly inspiring for all the young dancers that were watching.

We finished the night with a grand finale into a dance circle, inviting any of the dancers to freestyle and show off their best dance moves! It was great to end the show with all the dancers on stage to celebrate and showcase their talent!

Thank you to all the groups, teachers and volunteers involved that made Woking SLAM and our Spring Shorts programme such a success!

Monday 19 March, saw Dance Woking’s Boys Platform take place at Rhoda McGaw Theatre despite the weather. Who would have thought that the day before Spring officially starts we’d be worried about this event being hampered by snow!

With a re-scheduling of some of the technical and dress rehearsals during the day we were able to host this amazing and inspiring event where we saw some great boys dance groups perform.

The different ideas that were featured based on the company’s distinctive dance movement, highly energetic, engaging and inspiring, the physicality of the movement, shares a lot in common with martial arts and capoeira were evident.

The groups having spent about six hours with one of Dance Woking’s highly skilled Dance Teacher’s, Emily Neighbour, Laurie-Ann Jeffrey or Steve Johnson, to develop the work managed by Kate Finegan Dance Woking Education and Outreach coordinator. A great team effort by choreographers and dancers. 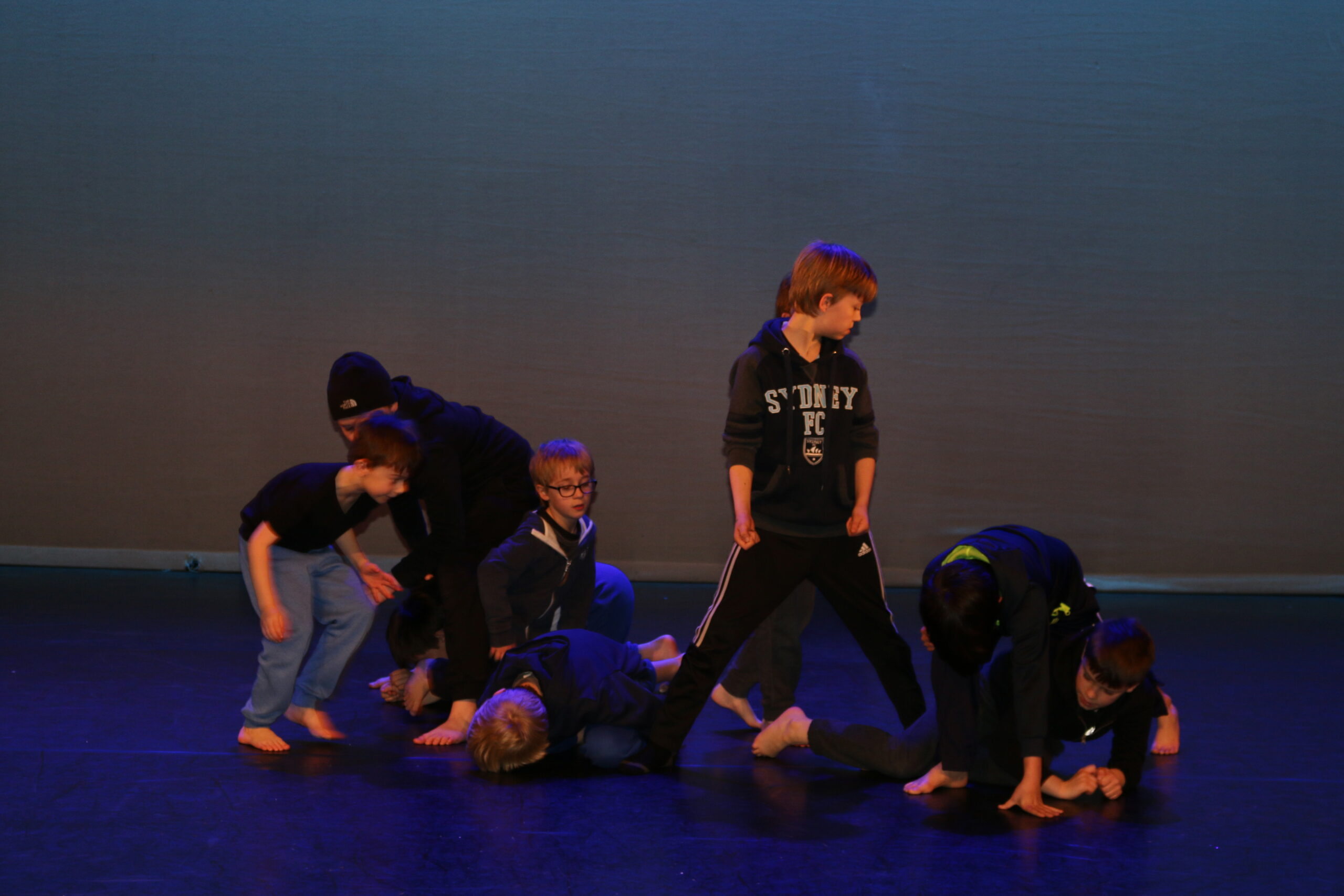 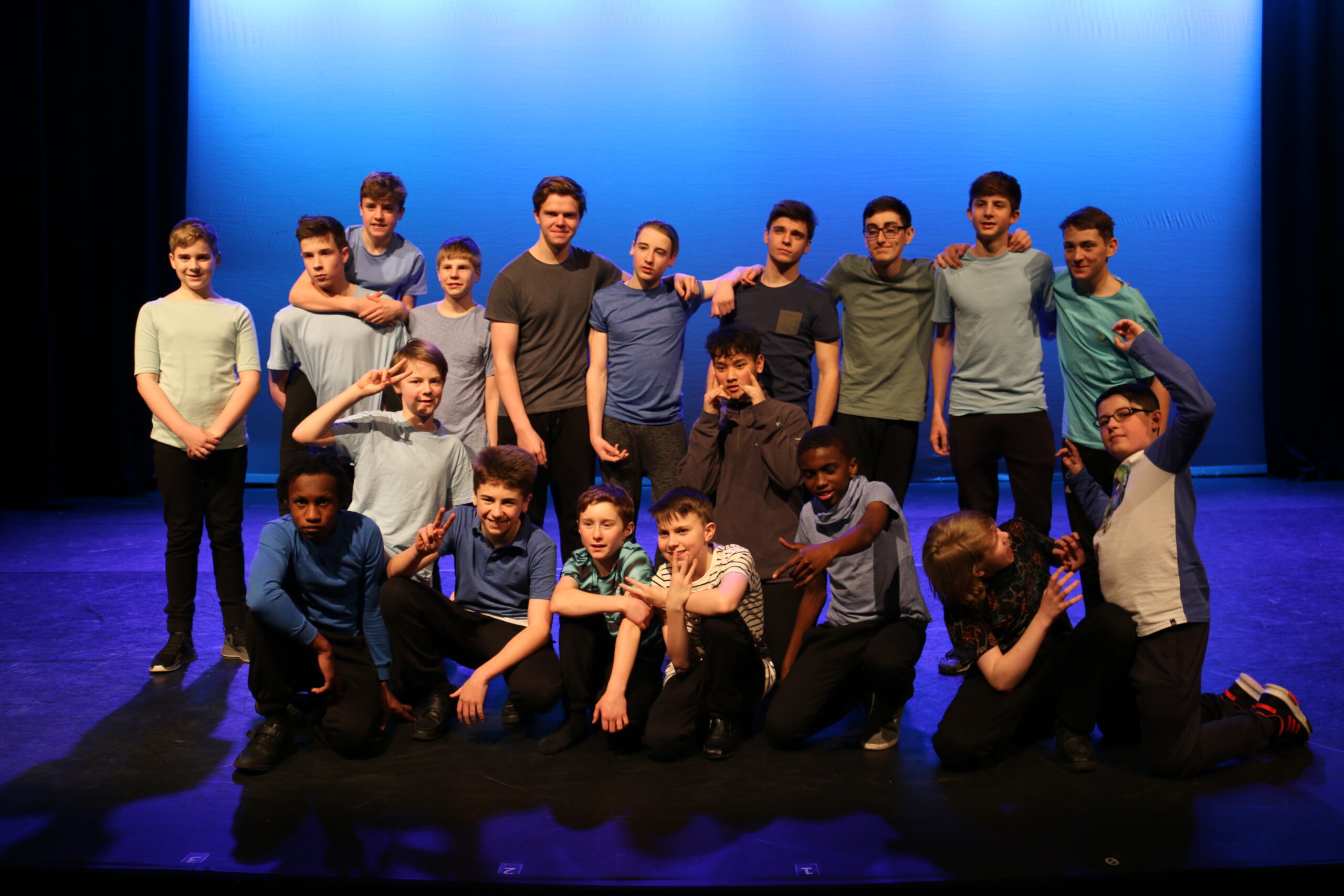 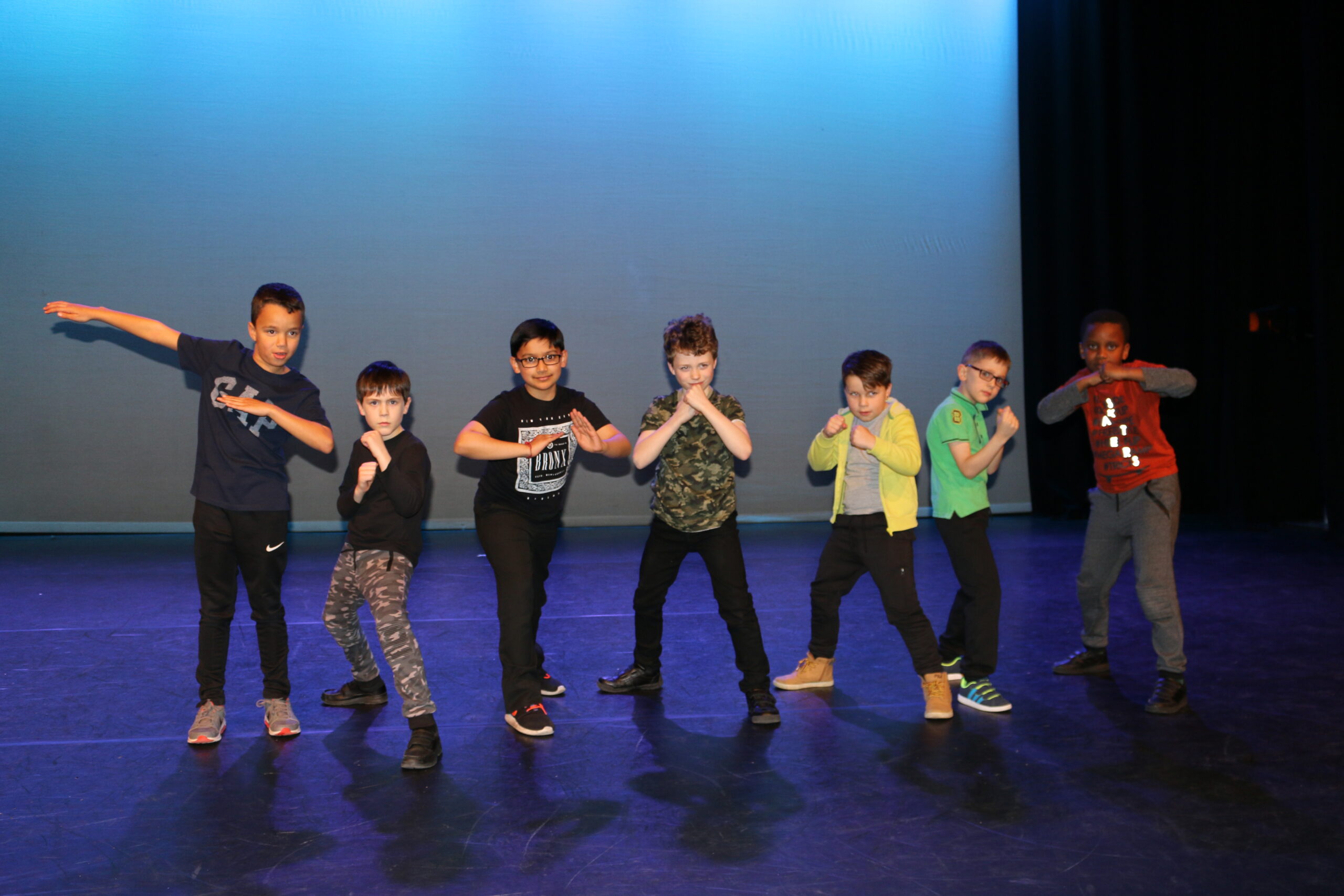 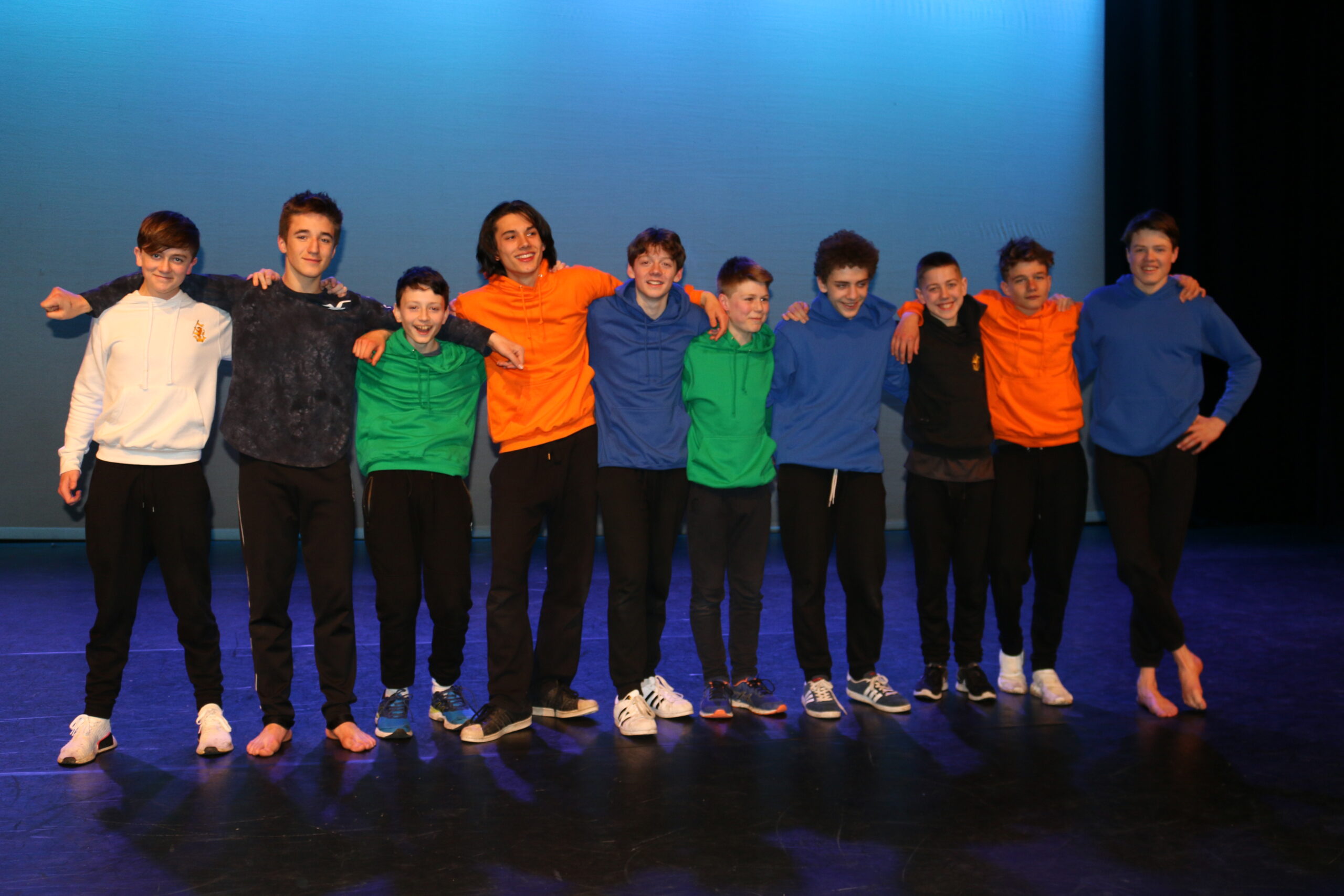 The boys groups were followed by the amazing BDblaq Dance performing for the first time in Woking presenting SENSE a narrative piece exploring how powerful the human senses become in a person who is blind. It is supposed that the remaining are heightened in the absence of vision; for example, the awareness of sound becomes heightened.

With music by Jean Pierre, special artists rooted in tap, hip hop and contemporary dance and inspired by The Royal National Institute of Blind People. BDblaq Dance use a fusion of tap and contemporary dance to provoke a raw emotional connection with an audience. The piece illuminates character and story through dynamic, textured duet choreography.

An inspiring way to finish a great evening of boys dance.

James Wilton Dance are performing LEVIATHAN at the Rhoda McGaw Theatre in Woking in less than two weeks on Thursday 22nd March as part of our professional dance series this Spring!

Multi-award winning choreographer James Wilton re-imagines Herman Melville’s seminal novel, Moby Dick. We take a look at the story of Moby Dick and how it has been adapted to inspire James Wilton’s choreography of LEVIATHAN.

LEVIATHAN follows Ahab, a ship captain hell-bent on capturing the white whale: Moby Dick, a beast as vast and dangerous as the sea itself, yet serene and beautiful beyond all imagining. Ahab’s crew are drawn into the unhinged charisma of their captain, blindly following him on his perilous adventure towards almost certain destruction. 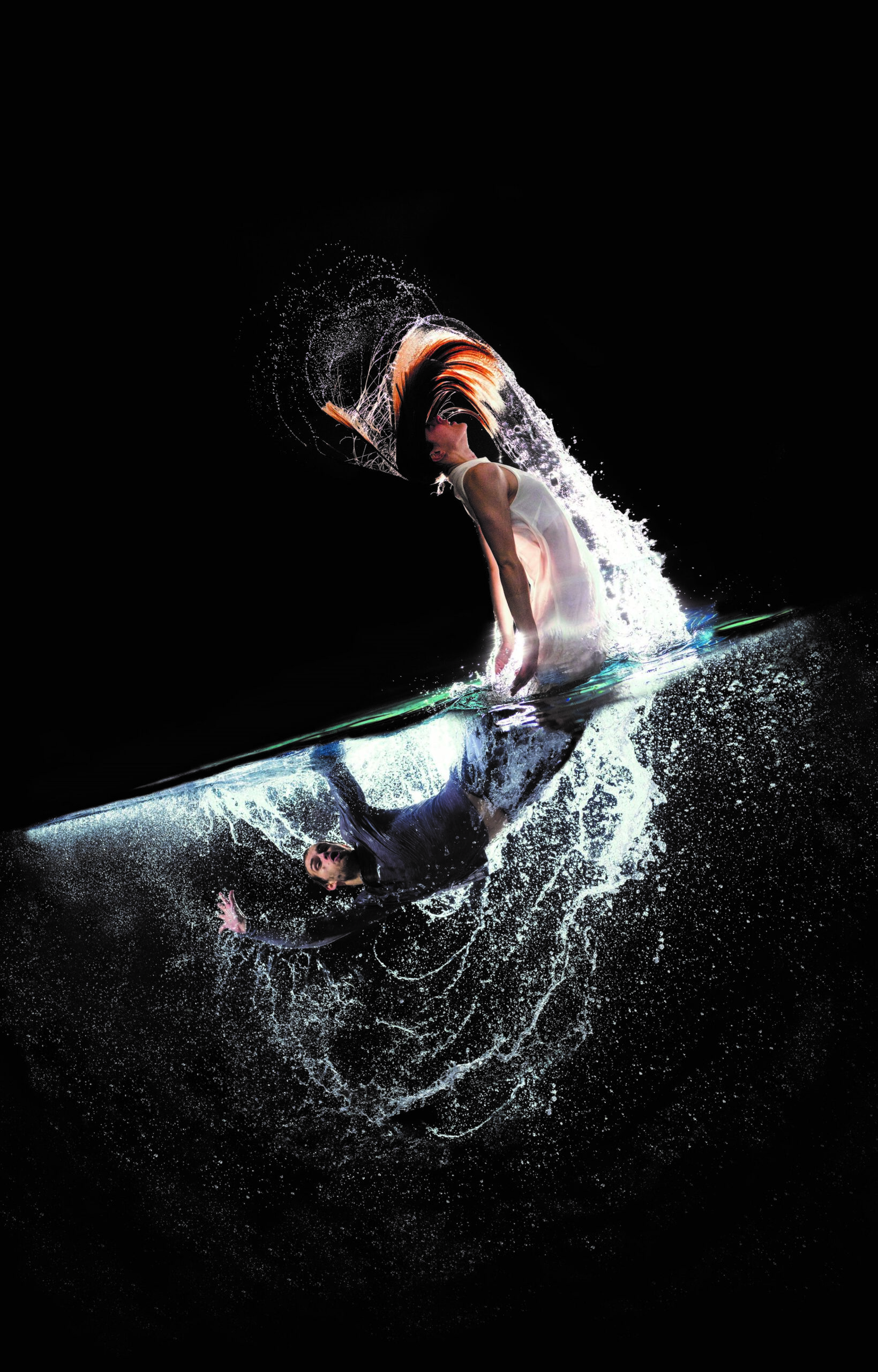 Alongside the exploration of the novel the work will also act as a potent statement on the way humans interact with nature and how we are forever at the mercy of forces and events whose power we cannot comprehend. In this, the whale Moby Dick, will be a representation of nature.

Although heavily inspired by the themes of the book, the show will not be a simple re-enactment of the narrative. Movement will communicate Captain Ahab’s ruthless aggression and introverted despair; whilst the abstracted force of Moby Dick will be created through powerful, rolling, tumbling and driving motion.

James Wilton has said that for him “Moby Dick represents someone trying, and ultimately failing to conquer nature. The futility of the pursuit, combined with the maniacal obsession of Ahab make for a compelling story and one I am eager to re-create and re-imagine”.

Why not immerse yourself in a classic book this week, ready to see James Wilton’s powerful and thrilling representation of Moby Dick 22nd March! Woking Library have copies of Moby Dick available! 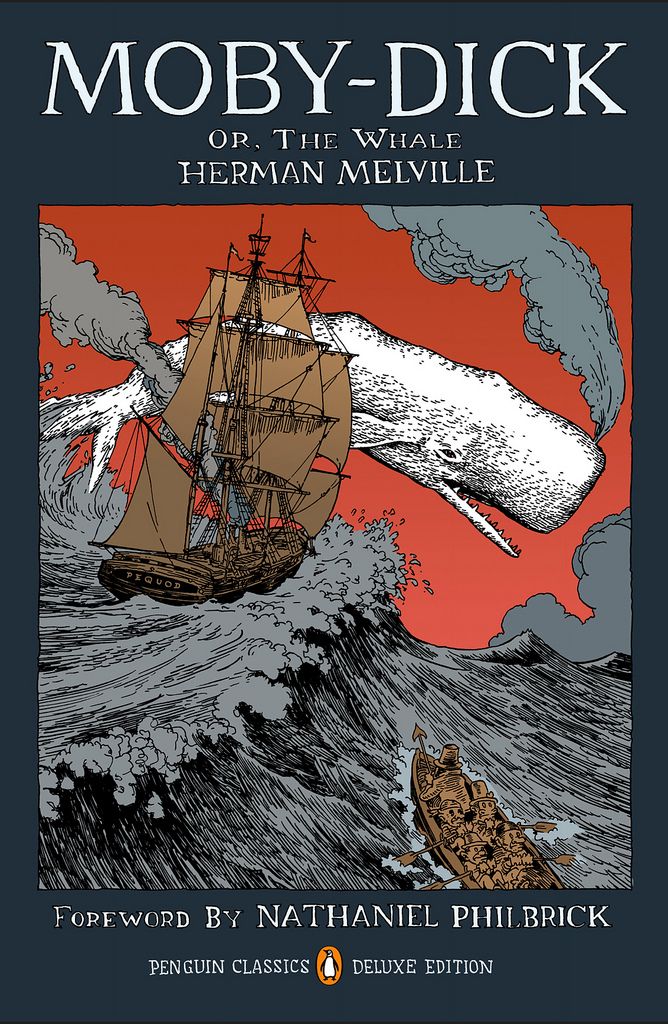 Less than two weeks to go until our annual Woking SLAM performance on Saturday 24th March, a community platform for a range of urban dance styles from hip-hop to street, popping to break dancing!

We introduce the fantastic groups that will be performing…

Vital Signz Dance are based in Kingston-upon-Thames and they are bringing THREE dance pieces to perform Vital Signz: The Company, Vital Signz Youth and VSD, their adult group.

#Fresh & lil#Fresh are the two dance crews from Holly’s School of Dance, who will be performing street dance routines using waacking, locking and hip-hop.

Jenny Reeds School of Dance based in Woking are performing a street/jazz piece inspired by James Bond.

Westfield Primary School, who have recently started a lunchtime Street Dance class with Dance Woking, will be presenting their first work at Woking SLAM!

It is sure to be an evening of powerful, explosive and inspiring dance!

We are excited to announce that BDblaq Dance will be our guest group and performing at our Boys Only Platform, Monday 19th March!

Established in 2015 by artistic director Rikkai Scott, BDblaq Dance is a professional dance company based in London. Their signature style is tap-fusion dance, which is rooted in traditional forms, yet it combines elements of non-traditional movement in contemporary dance.

BDblaq are performing SENSE, first premiered at The Place as part of Resolutions 2018 in January, the UK’s biggest dance festival for emerging artists.

SENSE is a narrative piece exploring how powerful the human senses become in a person who is blind. It is supposed that the remaining are heightened in the absence of vision; for example, the awareness of sound becomes heightened.

With music by Jean Pierre, special artists rooted in tap, hip-hop and contemporary dance and inspired by The Royal National Institute of Blind People, BDblaq Dance use a fusion of tap and contemporary dance to provoke a raw emotional connection with an audience. The piece illuminates character and story through dynamic, textured duet choreography.

Performed by Rikkai Scott and Ashley Goosey, it is sure to be a fascinating and immersive performance. They will be performing alongside boys from local schools and colleges, which we hope will inspire boys performing to continue dancing!