Meet the dancers performing in Katie Dale-Everett Dance’s piece How far would you go to be liked? The piece will be presented at our Introducing Dance Platform on Tuesday 19th March, 7pm at the Rhoda McGaw Theatre. 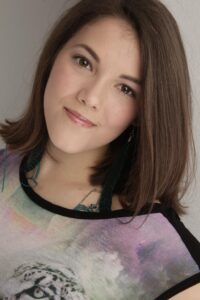 Claire Hackston
After being introduced to contemporary dance at Swindon Dance CAT and Hampshire Youth Dance Company Claire went on to train at London Contemporary Dance School, graduating with first-class honours. Whilst attending LCDS Claire performed works by choreographers such as Lea Anderson, Richard Alston, Hofesh Shechter and Liz Aggiss. During this time, she also worked with Rosemary Lee and OperaUpClose. Since graduating Claire has worked with Sketch Dance Company, and performed a duet choreographed by Hannah Martin-Reilly for Wessex Dance Academy. Claire is currently a dancer in this year’s GradLab. 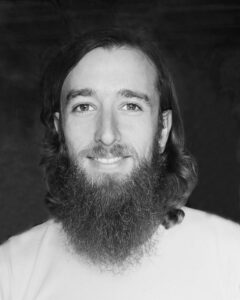 George Fellows
In 2013, with no formal experience, George began training in contemporary dance. After performing as a community participant in Tilted Production’s production in the Brighton Festival 2016, George was invited to join Maresa von Stockert’s company as a performer and danced for the company in their 2017/18 touring seasons. He then went on to play Tony/Ronnie in a dance theatre production of the play ‘Beautiful Thing’ by Jonathan Harvey, co-directed by Bradley Hemmings & Robby Graham, which was the finale show of GDIF 2018. George began to explore his own choreographic voice in the form of a duet that was performed in the Brighton Fringe Festival 2017 and has his own company ‘Four Hands’ who have been supported by South East Dance and Arts Council England to explore the themes of connection, intimacy and physical play between parents and their children and who’s first work ‘Touch’ will premiere at Ropetackle Arts Centre later in March.